We love to travel to unusual and far away places and we very much prefer to do it under our own schedule. Organised holidays, like sitting on a beach for two weeks, are really not for us. We do like, if possible to have our own transport. This might not be the cheapest way of doing it, but it does put you in control of your own destiny and does not place you at the mercy of the what are often lackadaisical, to “Western” eyes, ways other cultures do things. Because David is a big Harley-Davidson fan, we usually try, if possible, to rent one on our travels.

Early in 2013, we heard that it was possible, theoretically at least, to do a driving holiday in Vietnam. It was a place that we wanted, very much, to visit. It seemed that although it did have a “fledgeling” tourist industry, this was primarily centred on the twin cities of Ho-Chi-Minh City (formerly Saigon) in the south and Hanoi in the north. There were a few “purpose built” beach resorts and the scenic Ha Long Bay, but that was about it. The scarce information that was available at the time indicated that, in the interior, there was very little in the way of infrastructure at all. It also seemed impossible to hire any kind of “significant” motorcycle although it did appear that the ubiquitous step-thru motorcycles could be rented.

As is our way, we looked at each other and decided to give it a go. We decided that, because the Czech Harley-Davidson season always begins on the first Saturday in April, the last three weeks, in March, would probably work.

To go to Vietnam, indeed to go to most south-east Asian countries, a visa is required.

Because of what were once very good “fraternal” relations between the communist regimes of the then Czechoslovakia and North Vietnam, there is a substantial Vietnamese population in the present day Czech Republic and both an Embassy and a fairly prominently situated Consular Office to cater for its needs.

Thus it was that we set out to spend what we hoped would be the first few minutes of our holiday preparations at the consulate building beside the river in Prague. 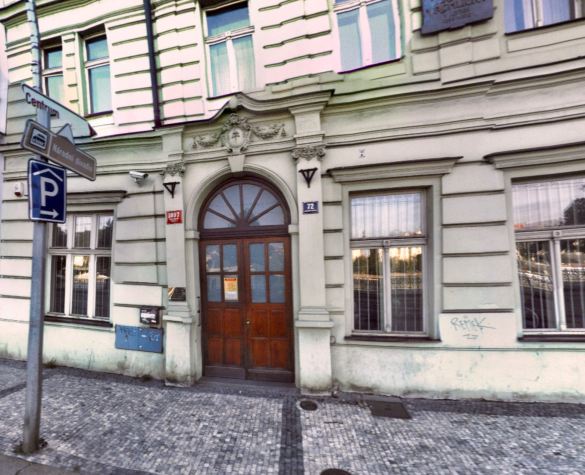 Needless to say, the application process was NOT a matter for a few minutes and we spent well over an hour there.

Part of this, admittedly, was my mistake, for some reason I appeared to have a bit of a “brain storm”.

Our first visit, in fact, was a complete waste of time because, although I had checked the internet and even printed out the schedule of opening hours, it was closed when we got there. 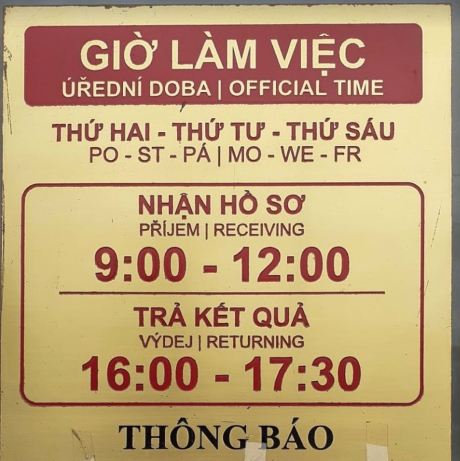 So, for the second time we went there. This time I found out that I had only taken my photos and, for some completely incomprehensible reason, I had left David’s at home in a drawer after looking at it and deciding that it would be “good“. Then, having finally arrived at the front of the queue, we found that we were underfunded. There was an error on the internet page. A visa did not cost one thousand crowns, as stated, but two and a half thousand. So, for the second time, David had to scurry around the corner. The first time had been to have his photo taken in the metro station, in a vending machine. I thought this made him look like an American Vietnam veteran, which would certainly help him in getting a visa. Specifically, he looked in the photo like someone with half his face grey and a glass eye. Just not handsome. Then, he had to hurry back to the metro station again, that time to get money from an ATM !

Ironically, even as we were standing there, my sister and her husband were already in Vietnam – and they were already in trouble ! I had a conversation with her, on Skype, via my iPhone and together we managed to unblock her bank card.

Then a couple of our friends tossed yet another spanner into our works. They also live in Prague, only a few kilometres away from us, but, unbelievably, they would be in Hanoi at about the same time that we hoped to be there ourselves if all went well. That fact, at least, gave us a clear goal, which is a thing David likes to have.

With the visas applied for and our Passports retained by the communist regime until they were issued, I began the organising.

We had already booked flights to Saigon on March 7th with a return from Hanoi on March 28th. To do this, we had used the very last of David’s Frequent Flyer points to get Business Class seats, of which more later. Sadly, when you travel so far, the time changes are hard to calculate and, when trying to book a hotel for our first night, I was not exactly sure what the date would be. Somehow the time shift from the ticket was not clear to me, only the dates for departures. The internet reported that, at 23:00 Prague time, it was 05:00 in the morning of the following day in Saigon. So if we left Prague at 07.30, with about eighteen hours of travelling, via Munich, we would get to Vietnam early in the morning of the following day. Perhaps.

On the way back we would leave Hanoi at midnight on the 28th and, early on the 29th, we would be in Seoul. We would need to wait ten hours, but we would still be back in Prague at around 17:30 on the 29th. So cheers for the time change !

I also noted that, at the time of the trip, the exchange rate of the Czech Crown was about 1000 Vietnamese Dong. So if it is written “for fifty” it means fifty thousand dong or fifty crowns.

Our Visas were duly issued and we sat down to wait !