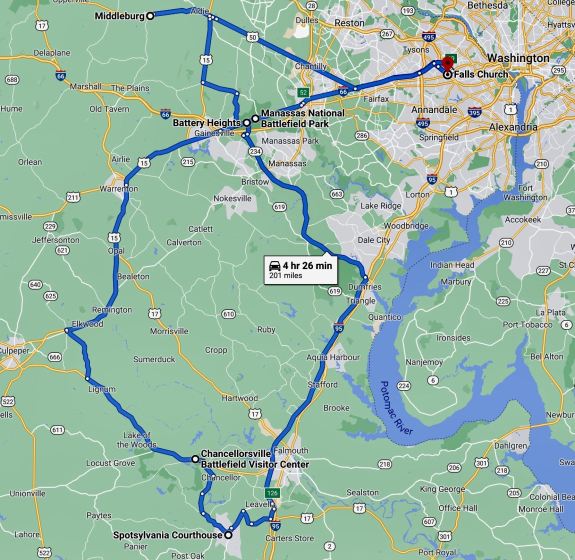 Although it was a Sunday, it was an early start the next morning. My friend wanted to end the day with a barbecue so our first task was to go and purchase some steaks and beer for the evening. We dove to a nearby hypermarket in Falls Church. We went in his oldish Pontiac which, despite its large external dimensions, was not overly large inside. It seemed very strange to be in a car at all. At that time, although I had been in so-called hypermarkets in Calais, they were not a prevalent thing in the UK and virtually unknown in the Czech Republic. Even so, I think flabbergasted is the only term that can adequately describe my feeling when I saw it. The gigantic edifice stretched into the middle distance. The food section alone, was of mind boggling proportions. The part for apples, just apples, in endless glossy pyramids, might well have been the same size as a whole supermarket in Prague. There were so many types of cheese, that I wondered whether any of the endless global possibilities were NOT represented somewhere. The beer section, where we picked up some Czech produced beers was bigger than a lot of breweries back in the Czech Republic. Hyperbole aside, I was a bit stunned. In the meat section, our steaks were hand cut, while we watched, to my friend’s preferred thicknesses and I wondered how I was ever going to eat the slab of meat that was declared to be mine. I thought it would have done all five of us, but another similar and two thinner ones (his wife is not a big eater and his two daughters were small) entered our trolley. It was a relief to get out of there, I was starting to feel dizzy.

Back at their house, all was chaos. They told me that they were actually due to leave on a short trip to New Orleans the next afternoon – I thought they were possibly going on safari for about eighteen months. There were bags everywhere. But, my friend had a plan and so we had to leave and we ended up doing so with such alacrity that the car ended up containing a lot of stuff that was not needed and both a bag of stuff to keep the children amused and my camera (picked up and moved by a five year old) and were omitted.

Knowing my predilections, my friend, a “Southerner”, had planned yet more Civil War stuff and our first destination was Manassas, where the Confederacy kicked off proceedings in earnest with a surprise victory on July 21st, 1861. This involved a short spell heading northwest on Route 7 before heading southwest on the I-66 which, ironically, has no connection whatsoever with its far more famous “cousin”. There was not really room for me in the car so I trundled along behind on the Harley, much to the amusement of the little girls. At Centreville, we took Route 29 to the Manassas National Battlefield Park (6511 Sudley Rd, Manassas, VA 20109) which is scarcely twenty-five miles from the White House. It seems almost comedic, in retrospect, that because the clash was so close to Washington, the so called “great and good” travelled from the capital to spectate at the expected Union victory – only to be stunned by a shattering defeat. Abraham Lincoln, in the White House, could reputedly hear the distant cannon fire.

Having discovered the absence of the camera, we walked around for a while. One thing that the Americans do very well is their battlefields and this one was no exception. The signage was amazingly good. To keep the little ones as onside as was possible, we soon moved on to the next site my friend had chosen. A pleasant drive down Route 234 brought us to my old friend, the I-95 and half an hour on the Interstate brought us to the Routes 17, 628, 208 and 613 and ultimately first to Spotsylvania Courthouse battlefield. This was the setting of a ferocious engagement in May 1864. We then went back up the 613, the 624, the 612 and the 610 (it sounds complicated but the signs were very clear) the ten miles or so to Chancellorsville where the same armies had clashed almost a year to the day before. Both of those engagements had the dubious distinction of making it into the top five most bloody days in domestic American history.

We left Chancellorsville on Route 3 and then, with my friend’s wife riding pillion, took the beautifully rural Route 669 to yet another battlefield, Brandy Station. This was a comparatively small skirmish, but was still the largest cavalry battle ever fought in America. As ever, it is well signed and explanatory maps were everywhere but, basically, it is a very big field. Then we drove on Route 15 which took us almost back to Manassas (well, there was a second battle there in August 1862) before turning north again. At Gilbert’s Corner, we took the Route 50 into Middleburg where we were to have a late lunch. If you count both battles at Manassas, that made the sites of five Confederate victories. Well, my friend’s family do hail, originally, from Georgia.

We had a wonderful lunch in the Red Horse Tavern, in Middleburg (118 W Washington St, Middleburg, VA 20117). Knowing my love of fish and chips and being fond of it himself after a period of living in London, my friend had brought us there specifically. I have to say the beer battered fish and chips, washed down with (a single) Yuengling beer, was totally wonderful. The children were getting a little fatigued so, with mother reluctantly back in the car, we then took the Route 50 all the way back to the I-66 and retraced our outward journey from there. On the Interstate, there was an unusually large number of Harleys heading towards Washington and my arm was almost aching from all the acknowledging gestures.

When we got back to Falls Church, we just hung out on the porch. Yes, Americans really do that, particularly in the balmy climes of Virginia. We heard from the television that, the next day, which was Memorial Day, Washington DC was to host the annual “Rollin’ Thunder” parade. This involved bikers, principally military veterans on Harleys, riding around Washington DC in an enormous parade, but any biker was welcome. This made my friend’s wife very excited and she asked if we could both go. So I said yes.

We had our barbecue. Even though I was not really hungry, I discovered that, when confronted with a steak you can cut with a fork (I had always thought this was a myth) you can find room for it. Some “family recipe” sauce from the Deep South did not harm it either. With good friends, time passes very quickly and we sat there in the garden until quite late. The crickets in the undergrowth were doing their thing quite loudly and, in the middle distance, the sound of Washington-bound big-twins was ever present.

I finally went to bed happy and was out like a light in about two seconds.